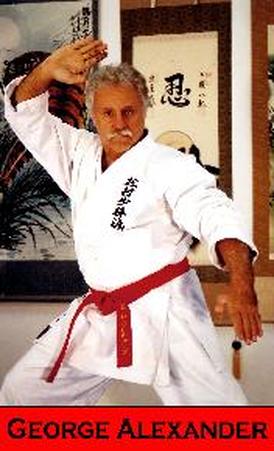 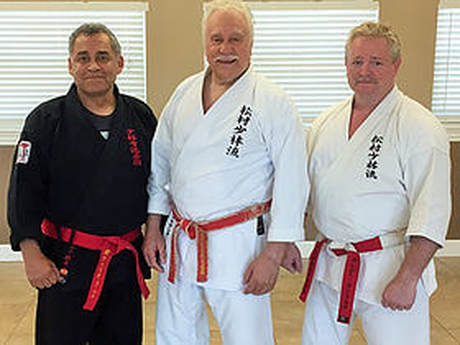 His Marine Corps assignments enabled him to travel to the orient including mainland Japan, Okinawa and Southeast Asia. He quickly earned a reputation as a rugged fighter in the Marine Corps. During his career he trained with a host of noted masters. He made it a point of seeking out the best instructors. A decorated veteran, he served as a team leader with the US Marine’s 3rd Force Reconnaissance Company in Vietnam. In 1967 and 1968 while stationed at Dong Ha, Vietnam he led jungle teams which gathered intelligence information. These teams served as bait for enemy attacks. During that time he conducted numerous reconnaissance patrols around the demilitarized zone. Since then he has become a uniquely qualified and popular instructor with international teaching credentials and experience. He has traveled widely to spread the teachings of the martial arts.

Hanshi Alexander earned a Baccalaureate Degree in Business Administration from Florida Atlantic University in Boca Raton, Florida in 1979 and did graduate work in Asian history at the same university under Dr. Tsung I. Dow. Later, he received his Ph.D. degree from Pacific Western University in political science. He received his master's certificate and teaching credentials in Shorin Ryu Karate and Kobudo in 1983 from the All Okinawa Karate Kobudo Association. He is acknowledged as an expert in Kendo, the Japanese form of swordsmanship. He has competed in numerous tournaments in Karate, Kendo and Judo and earned many titles including USA Karate Champion, National AAU Karate Champion and World Karate Champion. In 1989, he founded Yamazato International, a company specializing in martial arts publications and video productions.

In 1991 he was inducted into the World Martial Arts Hall of Fame. He has served as a director and advisor for many martial arts organizations and in addition to the ISJF is currently the president of the International Shorin Ryu Karate Kobudo Federation, a board member of the International Karate Kobudo Federation and a vice president of the World Martial Arts Federation. He is a life member of both the United States Judo Association and National Sport Judo Association.