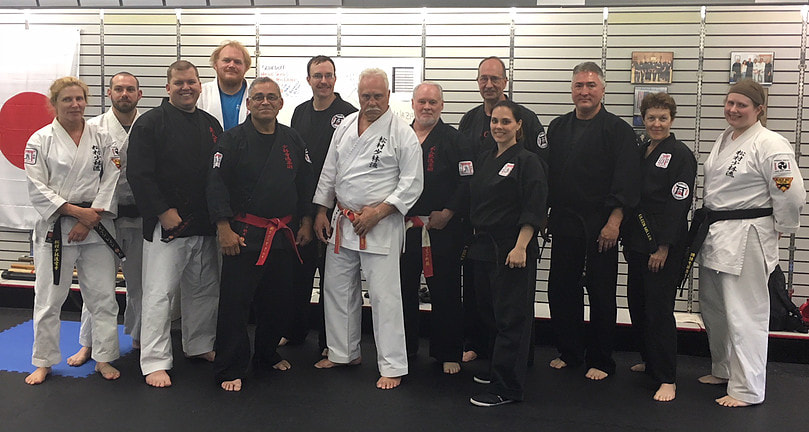 Unlike many martial arts, the history of JuJitsu does not have a clear beginning, or one individual founder.  The history and origins of Jujitsu are instead a small cross section of the history of Japan and its military history.  Founded by many samurai and propagated throughout all of Japan, JuJitsu integrates techniques from the various martial arts of the islands, as well as drawing from many other Asian countries and cultures.

The history of JuJitsu can be traced back over 2,000 years into Japan’s ancient past. The earliest recorded mention of JuJitsu in Japanese mythology occurs during the period 771-481 BCE when open-hand techniques were used in the Choon Chu era in China.  The “first or earliest” known school of JuJitsu in Japan’s records was organized by Prince Teijin Fujiwara, the sixth son of Japan’s 56th Emperor Seiwa Fujiwara (850-880 A.D.), and then passed on to his son Tsunemoto, who was later named Minamoto.  Minamoto’s descendents included General Minamoto Yoshimitsu, who is credited with the development of many of the wrist and joint locking techniques used in JuJitsu today.  This system eventually became known as Daito Ryu Aiki JuJitsu, the predecessor to modern Aikido, after the name of Shihan Minamoto’s home.   Originally created as a system of unarmed combat for the battlefield, JuJitsu did not begin its detailed refinement we know today until the subjugation of Japan by Toyotomi Hideyoshi (February 2, 1536 – September 18, 1598), and the subsequent unification of the country by Tokugawa Ieyasu (January 31, 1543 – June 1, 1616).  The modern art of JuJitsu has been refined to focus purely on unarmed combat techniques instead of weapons, and a focus on Do (the Way) instead of Bu (combat).

The title of “the father of JuJitsu” is most often attributed to Takeuchi Hisamori (also, Takenouchi) who is given the most credit for founding the formal art of Japanese JuJitsu.  His system of JuJitsu, Takeuchi Ryu, is believed to have been formed completely inside of Japan without any outside influences by 1532.  Most systems of JuJitsu in Japan, however, have been heavily influenced by Chinese martial arts.  Around 1530 it is believed that a man by the name of Shirobei Akiyama went to China to study medicine, bringing back with him a number of techniques that are included in most JuJitsu systems.  The 28 methods of resuscitation, bone setting, body massage (Japanese shiatsu), joint manipulation, and Chinese combative methods were all quickly integrated into JuJitsu and the other combative arts of Japan.  Then in 1644 a Buddhist monk by the name of Chin Gempei, came to live at the Kokuseiji temple in Edo, Japan.  This Chin Gempei brought the art of Kenpo with him to the temple where he shared it with three ronin.  These three ronin each went on to found their own schools of JuJitsu, thereby integrating Chinese striking techniques into the art. 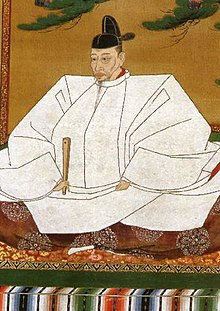 Taiko Hideyoshi Toyotomi - Source: en.wikipedia.org/wiki/Toyotomi_Hideyoshi
When Taiko Hideyoshi Toyotomi came into power in the late 1500’s further enhanced the art of JuJitsu when Hideyoshi’s armies returned from their conquest of Korea bringing with them the Korean arts of Chuan Fa and Tang Su, which include both punching and nerve striking skills.  Hideyoshi’s efforts and those of his Lord, Nobunaga, began the process of the unification of Japan which was completed by Tokugawa Ieyasu.  This time of great piece, which lasted from 1603-1868, is known as the “Golden Age of JuJitsu.”  During this time, JuJitsu grew in popularity throughout Japan, as weapons were outlawed to anyone who was not a samurai.  This era brought about the development of the art of Yawara, TaiJutsu, Kumiuchi, Kenpo, Torite, Kogusoku, Taido, and many others.  Each system had its own speciality such as utilizing a small stick for atemi and applying pressure to nerve points, the grappling arts, or specialized striking arts.  All the systems included joint locking, throwing techniques, strangling, and striking techniques and focused on using ju (pliancy or flexibility) in their arts. 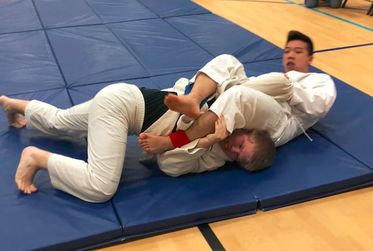 Since JuJitsu has such a broad history, it was inevitable that other arts, or more correctly, ways would evolve from it.  Judo (gentle/flexible way) and aikido (way of mind and spirit) can trace direct lines to JuJitsu.  Many styles of karate, especially kenpo, can also trace some of their techniques back to JuJitsu.  Therefore, in addition to being a parent art, JuJitsu is also a combination of many of the more popular martial arts taught today.  Upon observing a practitioner of JuJitsu (jujitsuka) one will see flashes of each separate system.  One will also see how many separate moves can be combined into an effective self-defense system.

Why was JuJitsu separated into specific do or ways?  JuJitsu may become too complex as an art or, because there was no single system or systemized way of teaching it, too difficult to learn.  Both Jigoro Kano (Judo) and Morihei Uyeshiba (Aikido) were able to simplify and systemize their ways.  There are perhaps 30 to 50 basic moves in JuJitsu.  However, it is the combinations and variations of the basic moves that make the art so complex and almost infinite in its variety of moves.  By dividing the art into three general areas (Judo for throws and leverage, karate for strikes and kicks, and aikido for nerves and the use of attacker momentum), portions of the art would be easier to teach.  They would also be easier to organize and perpetuate as a system.

As they become easier (a relative term) to teach, organize, and perpetuate as a system, the way would also become more attractive to potential students.  We should not place a value judgment on the validity of any martial art, as all arts are effective when placed in their proper context.  JuJitsu was in decline in 19th-century Japan, a time period when other martial arts were on the rise.  Jujitsu was a complex art and considered old-fashioned.  The other martial arts were also complex, but because they could be organized and limited in their scope they became easier to teach.  Their growth was inevitable. 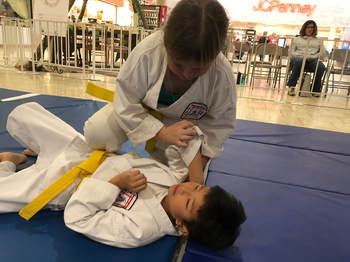 JuJitsu ultimately survived by traveling two parallel pathways.  There were those who continued to teach the art as an art, realizing that students would recognize the virtue of studying JuJitsu and pass that knowledge on.  There were also those who studied one of the systems that evolved from JuJitsu, became proficient, realized that something was missing, and developed proficiency in each of the other systems that make up a major portion of JuJitsu.  In their own way, they put the pieces of the puzzle back together again.  It may not have been quite the same puzzle that JuJitsu started out as, but all the pieces still fit.  They were able to integrate judo, karate, and aikido back into the martial art of JuJitsu to provide an effective system.

This theory of two paths can be borne out by observing the variety of ryu (styles) of JuJitsu that exist in the United States and throughout the world today.  Despite their differences in terminology (and sequence in which techniques are taught) they are all remarkably similar.  Many, in fact, are identical by the time the Jujitsuka (JuJitsu practitioner) gets to the level of shodan (1st degree Black Belt).
The development of JuJitsu continues today as we integrate and refine techniques from martial arts around the world.  The kicks of Muay Tai Kickboxing, the punching of Boxing, the joint locking of BJJ, and many other techniques of the Mixed Martial Arts are all coming together to make JuJitsu even better.  The art of JuJitsu is a constantly evolving system, which will continue to add new techniques and refine old techniques every year.

Although JuJitsu and the ancient arts in general often do not have the suffix -do or "way" to designate them as paths toward spiritual liberation and inner development, there are some philosophical and mental components, which have significance and application in these systems, at least because of their value in developing the actual combat effectiveness of the practitioner.
These include: an all-encompassing awareness, zanshin (literally "remaining spirit"), in which the practitioner is ready for anything, at any time; the spontaneity of mushin (literally "no mind") which allows immediate action without conscious thought; and a state of equanimity or imperturbability known as fudoshin.

Together, these states of mind tremendously strengthen the JuJitsu practitioner, allowing him the utmost potential for effective action. Such effectiveness and the technical competence and mental mastery on which it stands, however, is possible only after a considerable period of serious and devoted training.

These various characteristics or components, taken together, largely describe the principal elements of traditional Japanese JuJitsu. Shorinji Ryu Jujitsu and Bujin Ki Ryu JuJitsu follows the same cultural philosophy with a more modern approach that includes others aspects of community and respect towards other martial arts. The art of Jujitsu is not to fight at all, yet demonstrating a win-win approach to self-defense and a respect towards a human life.