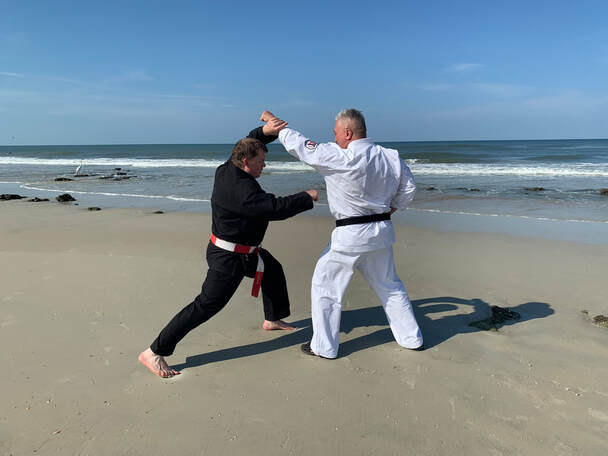 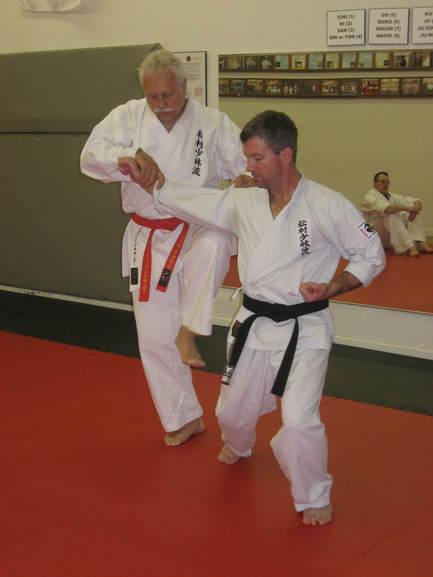 Okinawa, Japan is the birthplace of karate and Shorin Ryu karate is the oldest and most traditional form of this Okinawan martial art. The fighting strategy of Shorin Ryu Karate is predicated on pure self-defense. It uses "fast and hard" retaliatory kicks and punches to subdue an opponent and to end a confrontation quickly.
​Certain elements of fighting tactics long used in Okinawa as part of Shorin Ryu’s strategy include the proper use of distance, speed and timing. Using distance (maai) correctly means engaging an opponent so as to be at a distance at which you must advance one step to attack, or retreat one step to defend.

This is an example of one of the kata you will learn in our Shorin Ryu classes, as performed by George Alexander Hanchi, Judan (10th degree blackbelt) Shorin Ryu Karate.