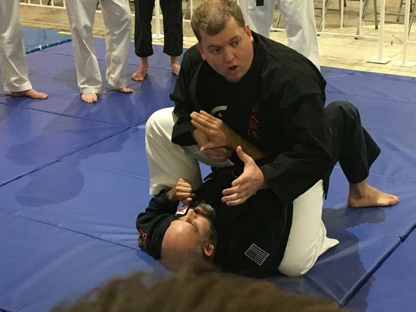 After graduation, Joe moved to Sioux Falls, S.D. for work, but continued to drive to Brookings three times a week to instruct students. Then in the fall of 2007, Sensei Herreman made the decision to move his dojo to Sioux Falls. Dynamic Martial Arts of Sioux Falls opened its doors on September 1st of 2007.

Since the move to Sioux Falls, Dynamic Martial Arts has become synonymous with quality martial arts instruction in the region. Each year, DMA of Sioux Falls hosts the region's only open format tournament, offers multiple self defense seminars to the community, and hosts seminars for the area's martial artists in the arts of Jujitsu, Karate, Kobudo and Kenjitsu.